Elea, called Velia in Roman times, is an ancient polis of Magna Grecia.

The city occupied an area of about 90 hectares and was organized into districts connected by roads, crossings and gates. The excavations, close to the railway and not far from Ascea, are visited every day. From the ancient city remains the Ancient Port Area with the surrounding walls; the North and the Southern District; the South Marina Gate, whit its "opus reticulatum"; the tall and majestic Pink Gate; the Hellenistic Thermal Baths; the Agora and the Acropolis from which you can take a look at the entire coast of the Gulf of Velia.

Southern Quarter was close to the sea and it was enclosed by walls built of sandstone blocks with doors, inner doors and control towers. In the area in front of the walls some funerary monuments of  an only partially excavated neropolis dating back to the Roman Age. The entrance to the city is still today through Porta Marina Sud. Once inside the city there ia a large paved street with wide sidewalks which look on thequarters with the houses of the Insula I and the building of the Augustan Age that entirely occupies the Insula II. The rectangular building is composed of a Triporticus with an altar in the center and a Criptoporticus with a U shape. Near this building were found many statues of Eleatic doctors and a herma of Parmenes, a copy made in Augustan times from a Greek original. Coming back along the paved road you find a monumental thermal building with a mosaic floor with marine décor in one of its rooms and the frigidarium.

Going on, you find a monumental complex characterized by porticos and fountains most probably dedicated to the cult of Asklepius, the healing God, protector of medicine. A steep climb leads to the narrowest part of the gorge that is the passageway into the Northern Quarter (which is not open to visitors at present: here there is the splendid Pink Gate (Porta Rosa), a stone round structure dating to the second half of the IV century BC.

The Theatre occupies the terrace on the top and it was built during the course of the IV century BC. It could have held about 2000 people and was still in use during the V century AC when it was destroyed by the construction of the medieval ditch. Continuing on, on the right side, you can see the Cappella Palatina: inside the lapidarium is kept with the collection of Greeek and Latin inscriptions.

The temple has been partly engulfed by the large round tower of the medieval fortification, the large foundation of the Temple that is perhaps dedicated to the principal divinity of the city, Athena, is left along with the walls of the cell.  Still controversial today is the dating of the monument which has covered and destroyed preceding monuments for cults of which there is a clearly visible trace in a part of the wall built with the polygonal technique using blocks with straight sides, which probably belongs to a previous enclosure of the more archaic sanctuary. Walking ddown from the terrace of the temple is the Chiesa of S. Maria di Porto Salvo, built at the end of 1700, which is today an exposition site. 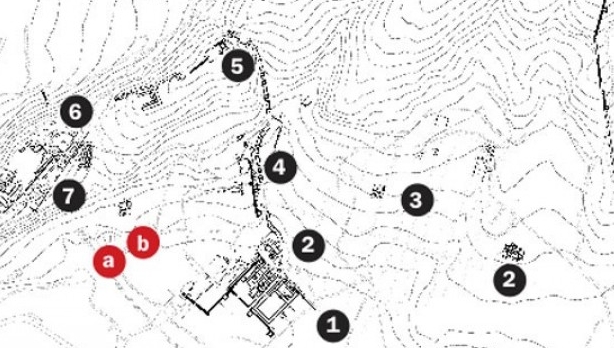 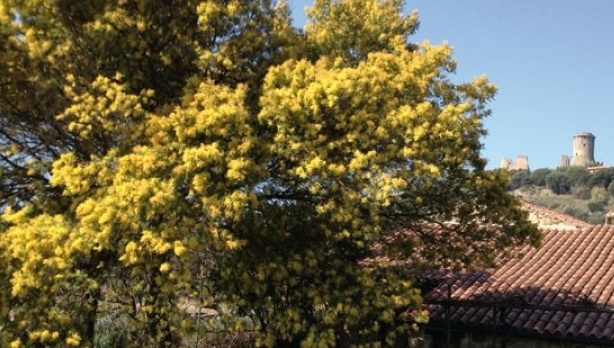 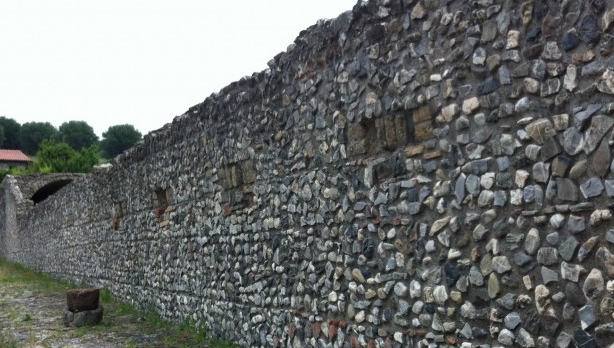 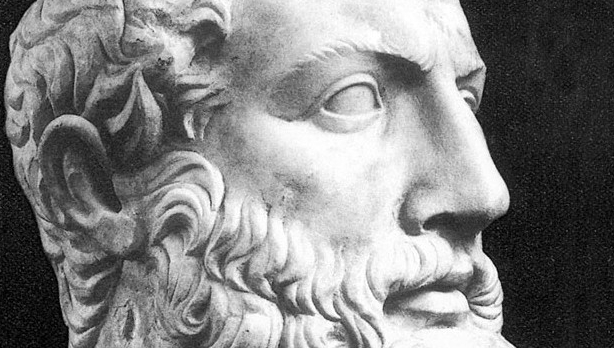